Predictions of retention times, mass transfer coefficients, the influence of surfactants, etc. are not always satisfying, especially when considering Marangoni-convection. As analytical description is often unavailable, and since experiments are costly, numerical simulations are constantly improved to face the difficulties of these complex two-phase flow problems.

The unknowns u,p,c are the velocity, pressure and concentration. The subscript j denotes the respective phase ( d for the dispersed (drop) phase or c for the continuous phase). f is the given right hand side of the Navier-Stokes equations, describing external forces (here: gravity). Given material parameters are density ρ , dynamic viscosity μ, and the diffusion coefficient D.

The interfacial conditions on the interface Γ have the form:

Here, σ=μ(∇u+ (∇ u) Τ )-pI denotes the stress tensor, ν the normal vector on Γ pointing from Ω c to Ω d , κ is the sum of the principal curvatures, with the convention κ>0 if Ω d is convex. V Γ denotes the velocity of Γ in direction of ν and ∇ s the surface gradient. The brackets [⋅] notate the jump of a quantity across Γ , and H is called partition quoefficient or Henry coefficient.

The two-phase flow problem is solved with the code NAVIER, augmented with the following features: 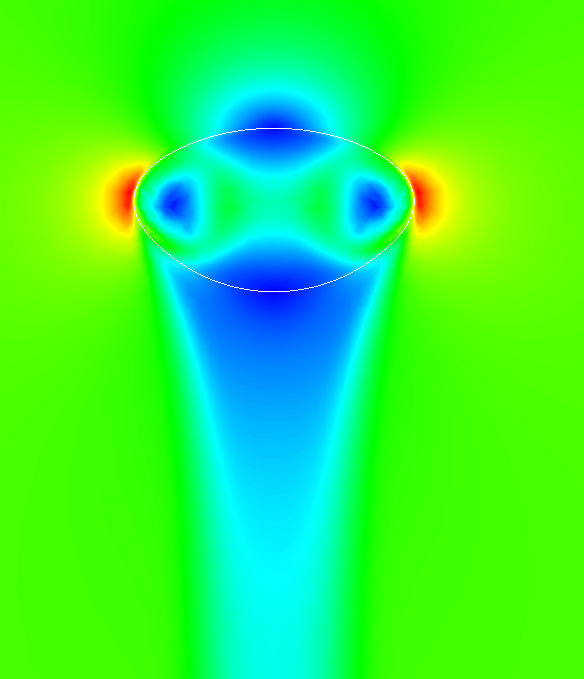 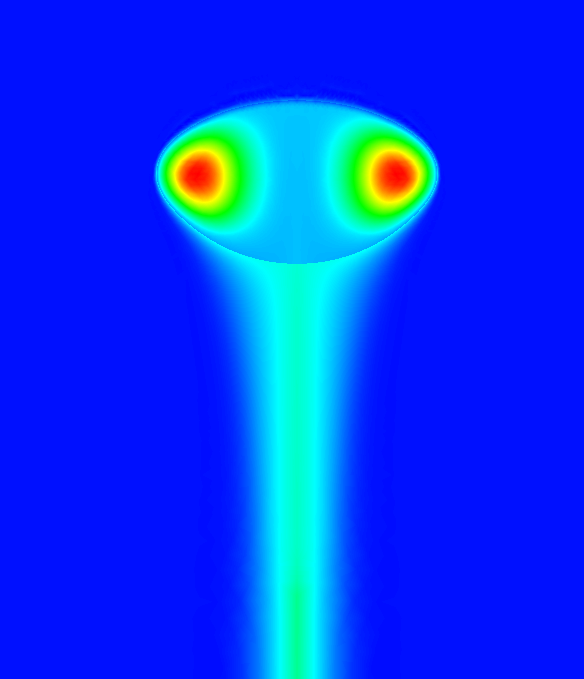