Research at the Department of Mathematics

The Department of Mathematics was brought together by two institutes in the course of the restructuring of the faculties in 2007. In its new structure, it combines mathematics education and mathematical research in its breadth. On the one hand, the research profile is well-established in representation theory and analysis and follows the grand tradition of mathematics in Erlangen. On the other hand, the focal point in modelling, numerics and optimization spans the bridge to the scientific, technical, scientific and economic fields of application. The interplay between basic mathematical research on the one hand and interdisciplinary and intersectoral research co-operation on the other is characteristic for the field of analysis, modelling and numerics, usually in the context of partial differential equations (PDE). From a classical- mathematical point of view research focuses on the well-posedness of extreme problems, which arise particularly in elasticity theory, but also in image processing (F. Duzaar). Other aspects are the rigorous mathematical modelling, analysis and simulation of phenomena from application sciences, which lead to deterministic and stochastic systems of partial (or ordinary) differential equations. Prominent examples are found in hydrodynamics: flows with different phases, with microstructures (E. Bänsch, G. Grün), in interaction with solid bodies or in complex media. Moreover, inverse problems in context with partial differential equations with respect to the developement of mathematical methods in image – and signal processing are researched (M. Burger).

The existence, the uniqueness and qualitative behavior of solutions are investigated analytically with the objective of validating the underlying models. In numerics, fundamentals for efficient, computer-assisted calculation of approximation solutions for partial differential equations or variational problems are provided. These include both discretization (finite volume, finite element or discontinuous Galerkin methods), rigorous analysis of convergence properties and the development and implementation of powerful software packages (Navier, Femlisp, Image, Richy, EconDrop3D, HyPHM, FESTUNG, UTBEST3D). In the future, methods of high-performance calculation (HPC) will be increasingly used in simulation calculations of the often highly-dimensional PDG systems, as they occur in the discretization of multiscale problems or stochastic partial differential equations. Interfacial phenomena, especially on small scales, and fluid-structure interactions lead to mathematically interesting questions, which are – due to their high relevance in life and engineering sciences – in the research focus of analysis, modelling and numerics. Representation theory establishes an internationally visible focus on basic research at the Department of Mathematics. It is represented in an extraordinarily broad range in Erlangen: representation of Lie algebras and modular representation theory (P. Fiebig), invariant theory and algebraic groups (F. Knop), unitary representation theory and Lie groups (K.-H. Neeb), and representation of quantum groups and hyperbolic geometry (C. Meusburger). The representation theory group in Erlangen covers both algebraic, geometric as well as analytical aspects and in comparison is unique in Germany. This broad set-up allows for many connections to research topics within and outside of mathematics. The thematic center is naturally supplemented by the research fields of A. Knauf and H. Schulz-Baldes, which range from classical mechanics to quantum mechanics, and include operator theory and differential topology in celestial mechanics and solid-state physics. At present, stochastics and dynamic systems (C. Richard) are an important, scientifically active and internationally visible part of the branch of representation theory and operator algebras. These research subjects are naturally involved in the faculty research topic ‘the physics and the mathematics of the cosmos’ and are supplemented by the research field stochastics and applications (W. Stummer). Research in the field of representation theory and operator algebras continues to have several natural foci in the future. In representation theory, the classification of symmetries (representations) is of high interest. Emphasis is set on current topics that have developed rapidly over the last few years and to which Erlangen played a decisive role both in research and through relevant monographs: infinite-dimensional symmetries or Lie groups with natural applications in quantum field theory (K.- H. Neeb), modular representation theory, quantum groups and duality theory (P. Fiebig), geometric aspects of ‘non-commutative’ symmetries such as Hopf algebras and quantum groups (C. Meusburger) as well as the classification of spherical spaces and quasihamiltonian effects (F. Knop) as well as operational theory and K-theory on quantum mechanical systems such as topological isolators and scattering systems (H. Schulz-Baldes). 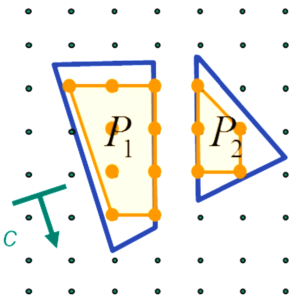 The optimization division is the largest group of its kind in Germany and is successful both nationally and internationally. In Erlangen an arc is spanned from the combinatorial and mixed-integer (non-) linear optimization (F. Liers, A. Martin) through variational optimization (W. Achtziger) to optimization and control with ordinary as well as partial differential equations (G. Leugering, M. Stingl). Prominent research topics are optimization problems constrained by stationary as well as dynamic systems that require both discrete as well as continuous decisions, optimization problems on discrete network structures or switching systems of differential equations. These research fields are applied in the energy sector, in transport and logistics, in processes, and in engineering sciences, whose focus is, among other things, the exploration of new materials under the main theme ‘from the process to optimized properties‘. There are close links to the new FAU scientific focal topics on ‘energy systems of the future’, ‘new materials and processes’ and ‘electronics, data analysis and digital transformation’, as well as the faculty research topic on ‘modelling, simulation and optimization’. A special feature is the close interaction between discrete and continuous optimization (F. Liers, G. Leugering, A. Martin, M. Stingl), which in 2014 led to the successful acquisition of SFB/TRR 154 ‘Mathematische Modellierung, Simulation und Optimierung am Beispiel von Gasnetzwerken’ headed by A. Martin. The successful continuation of TRR 154 is the central objective of the next activities, and it is planned to place even more emphasis on uncertainties and to integrate market aspects.