During charging and discharging, chemical reactions in batteries generate heat, which plays a significant role in the performance of the battery. There is, however, the risk that batteries overheat. To avoid this particular problem, the batteries are cooled by means of a pipe.

In the figure, on the right side, one can see a slice of the cooling of a battery module with battery cells depicted as circles and as the cooling pipe which snakes through the battery cells. It can be seen that the last battery cells are poorly cooled. Tesla Models for example are using this kind of cooling.

The aim of this project is the modelling and simulation of the cooling of batteries. The geometry has been simplified with the Non-Uniform Rational B-splines (NURBS), which are used in Computer Aided Design (CAD). As the numerical approximation the NURBS-based Isogeometric Analysis (IGA) was applied to solve the problem. 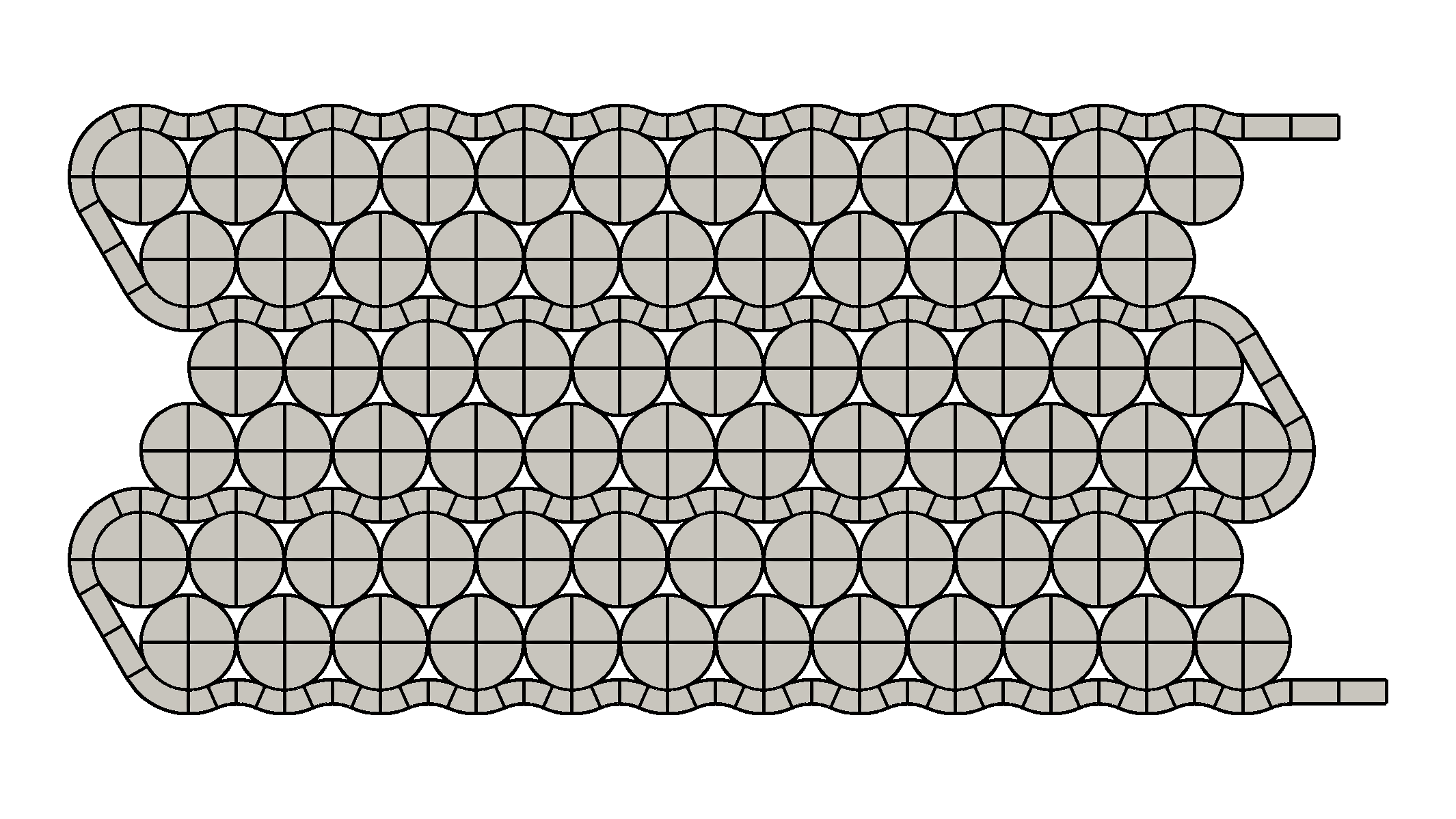 The Figure on the left side illustrates the physical mesh of the problem. It is designed with NURBS and so-called control points. The circle is constructed exactly and consists of four patches.

Right-click on the picture below for starting the animation: