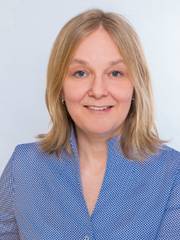 I am interested in combinatorial and mixed-integer linear and non-linear optimization. A recent interest of mine is optimization under uncertainty, especially robust optimization.